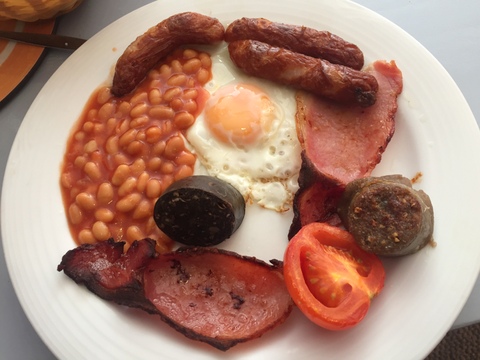 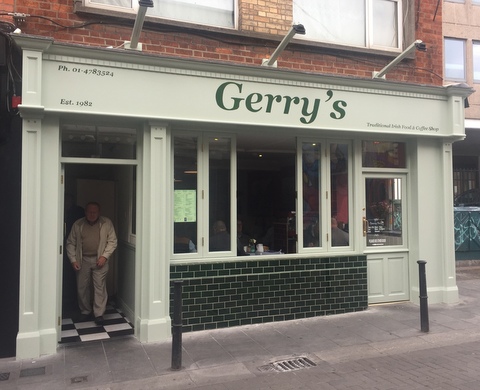 In the 1980s and 90s I lived just off Clanbrassil Street and worked on Montague Street, between Camden Street and Harcourt Street. Camden Street was our haunt. To those who don’t know it, it can feel like an in between sort of street; something one drives up or down in order to get somewhere else. But it, and Wexford Street, contain treasures worthy of further attention.

My companion for this first thebreakfastblog.ie outing was Tim. 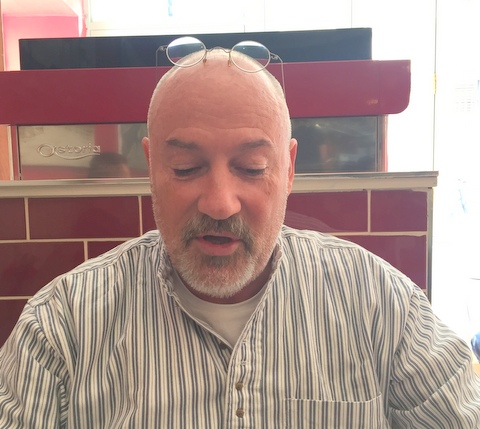 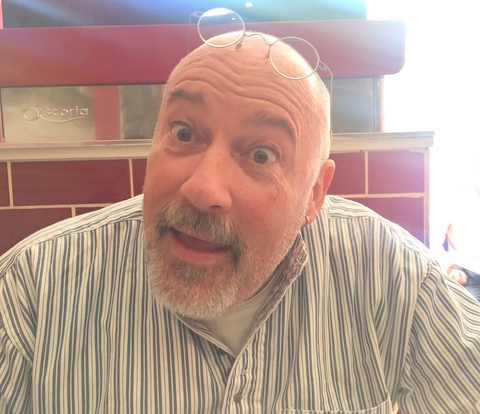 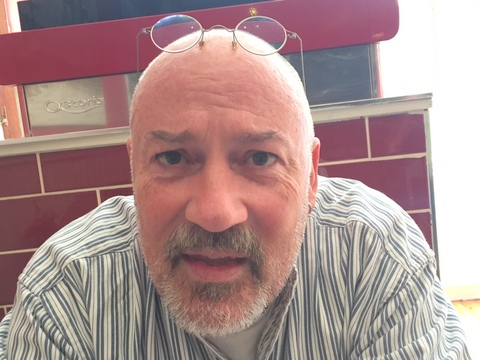 You may remember Tim from such blogs as eatforafiver.com where he was my companion on several cheap food adventures, most notably the final one, a few years ago. Tim lives in Thailand most of the time, in splendid retirement, but his mum lives here and he spends a bit of time with her every year.

We chose Gerry’s on Montague Street for breakfast, at lunchtime, if you know what I mean. (Gerry’s does an all-day breakfast.)

Gerry’s is an institution. It’s been there since the early 1980s, offering plain, decent food for half nothing. The printed menu contains breakfasts, sandwiches, ‘lite bites’ and desserts but the real value of Gerry’s is its daily offering, written almost legibly on a blackboard in the window, of a variety of lunches (half roast chicken, lasagne, cottage pie, steak, hake and chicken pie) each for €8. Yes, €8. In Dublin city centre. In 2018. €8.

The patrons of Gerry’s are a mixed bunch. It seats about 40 or so and when we were there during the week, it was pretty full of families, elderly people, business people and students, mostly regulars, I guess, but some drop-ins and passers-by. Gerry himself wasn’t there and I didn’t ask but I think the young man who took our order is his son.

You’ll see from the menu (click to make it big enough to read) that the breakfasts on offer range from the HUGE ‘Large Irish’ to Weetabix. 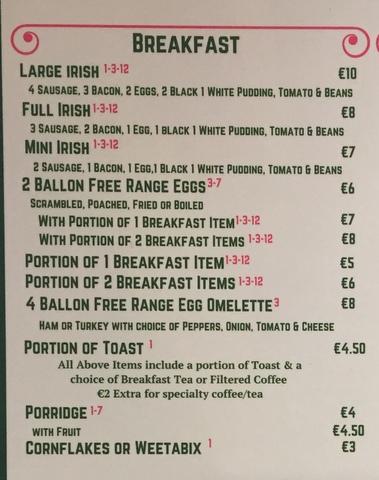 We were hungry, but not starving and so we both opted for the ‘Full Irish’ at €8 a shot. This comprises a fried egg, two rashers, three sausages, baked beans and a slice each of black and white pudding. This comes with toast (lots), pats of real butter and tea or coffee.

We’ve both eaten in Gerry’s before so we knew what to expect. A stainless steel teapot (but, thank goodness, not one of those that pours tea on your lap), mugs, roughly cut toast and a full plate of food with the emphasis on quantity rather than artistic styling. 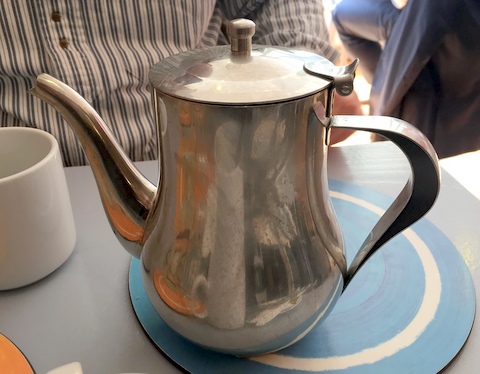 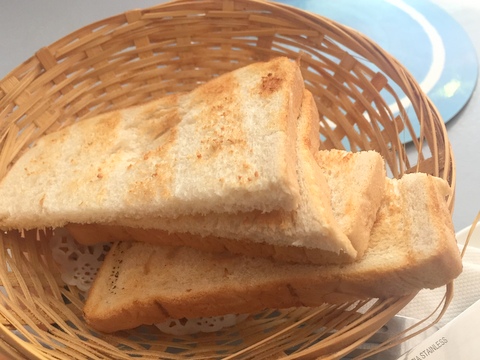 For both of us, breakfast is an important meal and best experienced with others. So we lingered and we chatted and we caught up with each others’ news. With a fried breakfast, what do you need? Hot but not incinerated food. A variety of tastes and textures. Decent portions. And that’s what you get in Gerry’s. Unfailingly. In bright, pleasant but not showy surroundings, served efficiently, with no fuss or unnecessary artifice. With the added benefit of decent white pudding (about which I’ll post in due course). For the day that was in it, and the two of us chatting on, this was as near perfect as you’re likely to get. And all for €16 in total. 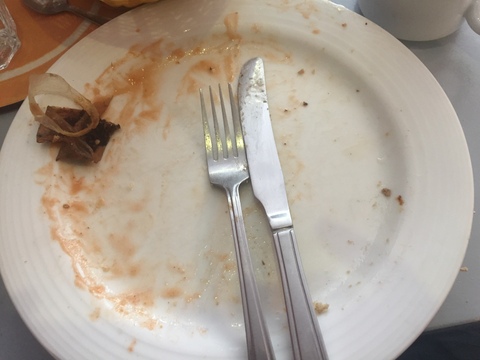 We felt the need, afterwards, to reflect and review, and where better to do this but Devitts at the junction of Camden Street and Pleasants Street. In the 1980s, Devitts was the Cusack Stand and was my local, not in terms of geography, but in terms of frequency. The layout is now different but it has managed to retain the character and atmosphere of a city centre pub frequented by regulars primarily, and others attracted by the ambience, and persuaded to stay by the courtesy and efficiency of the experienced bar staff. I’ve always liked this pub and I suspect I always will. Tim and I shared a few of these and continued our chat. 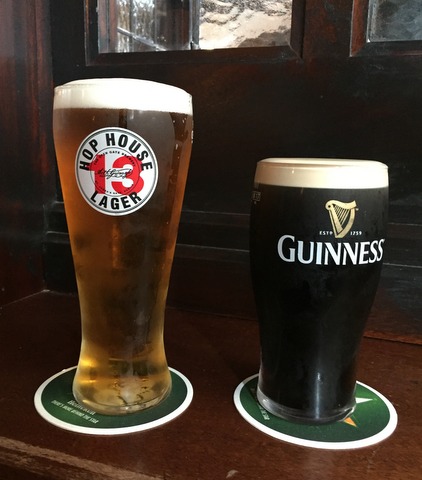