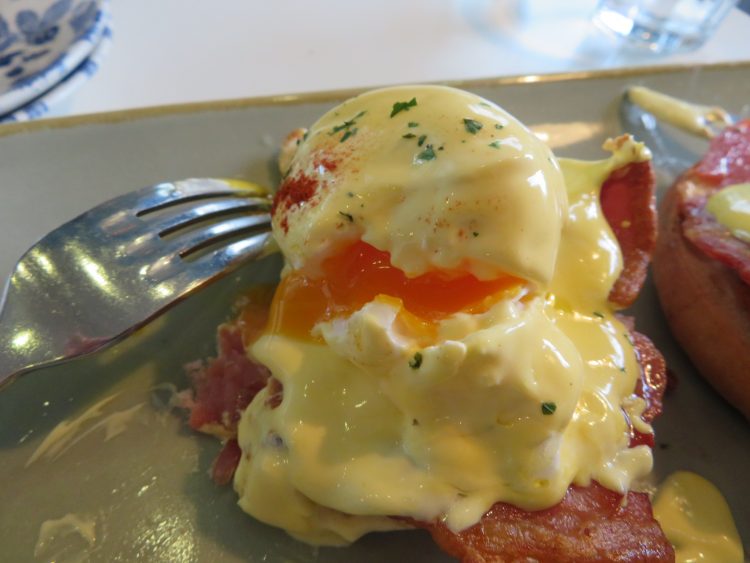 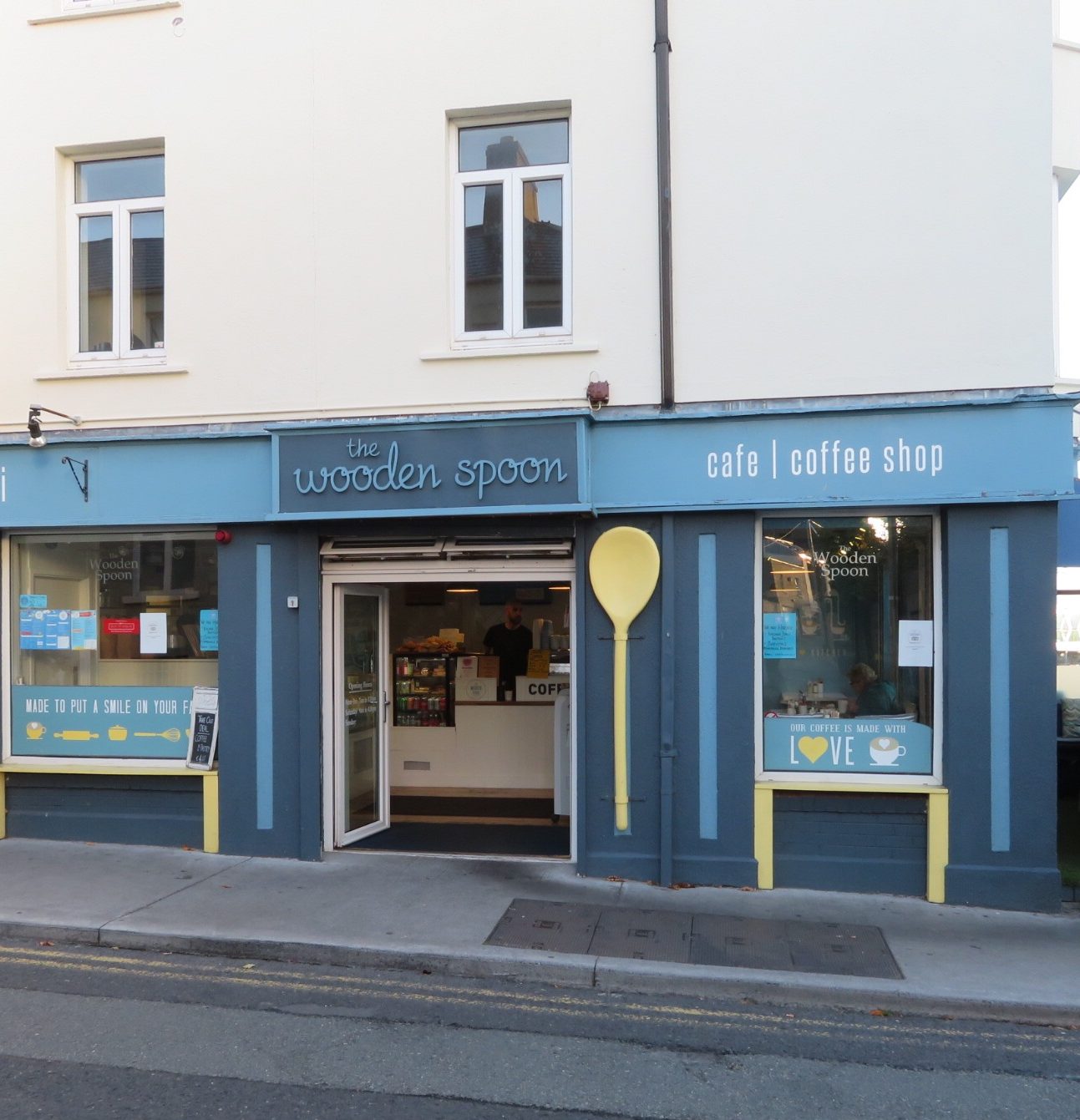 Double thanks to Christine for this one. She not only spotted and researched the venue, but she also paid for our breakfast. Nice. Cheers.

The Wooden Spoon is on Bath Place in Blackrock, just off the main street and close to the Dart station. It opens at 7, Monday to Friday and at 9 on Saturday. Christine works in Blackrock so this was a handy venue for her. We got there at about 7.30. It wasn’t busy but I’m told it’s bananas at lunchtime, people drawn to it by the quality of its sandwiches. (It also has an online order and delivery service, and various platter options for local businesses.)

We were greeted warmly and were asked to take a seat.

The Wooden Spoon opened in 2010. It’s bright, predominantly white and blue. Kind of wake-up colours, rather than linger for an hour over a coffee and a book colours. 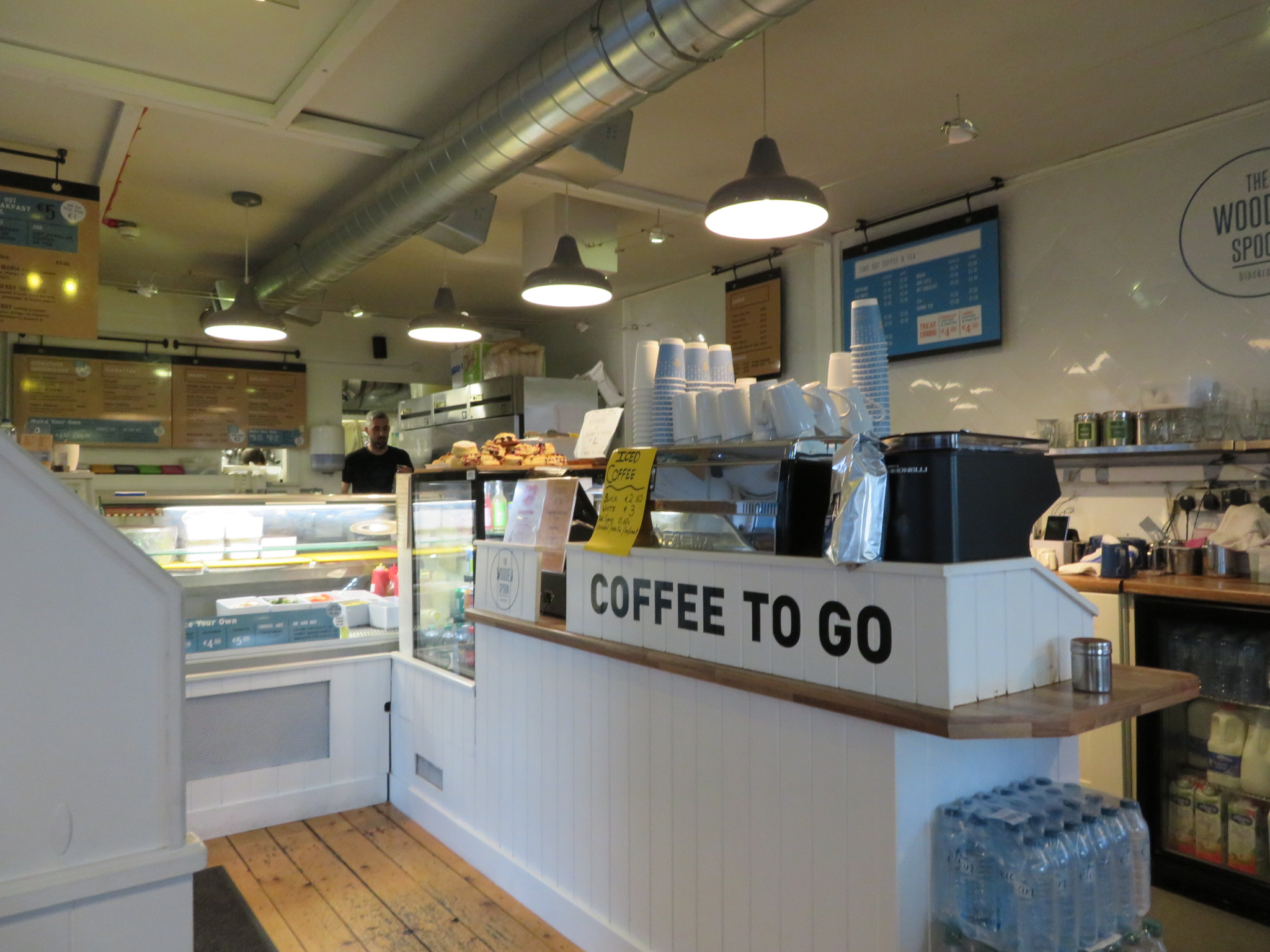 The main part seats about 16 or so and there’s a kind of extension part (a heated deck, according to its website) facing the sea that probably seats another 10-12 at a stretch.

There’s a breakfast take-away menu with things like smoothies and sausage sandwiches, but we were handed this … 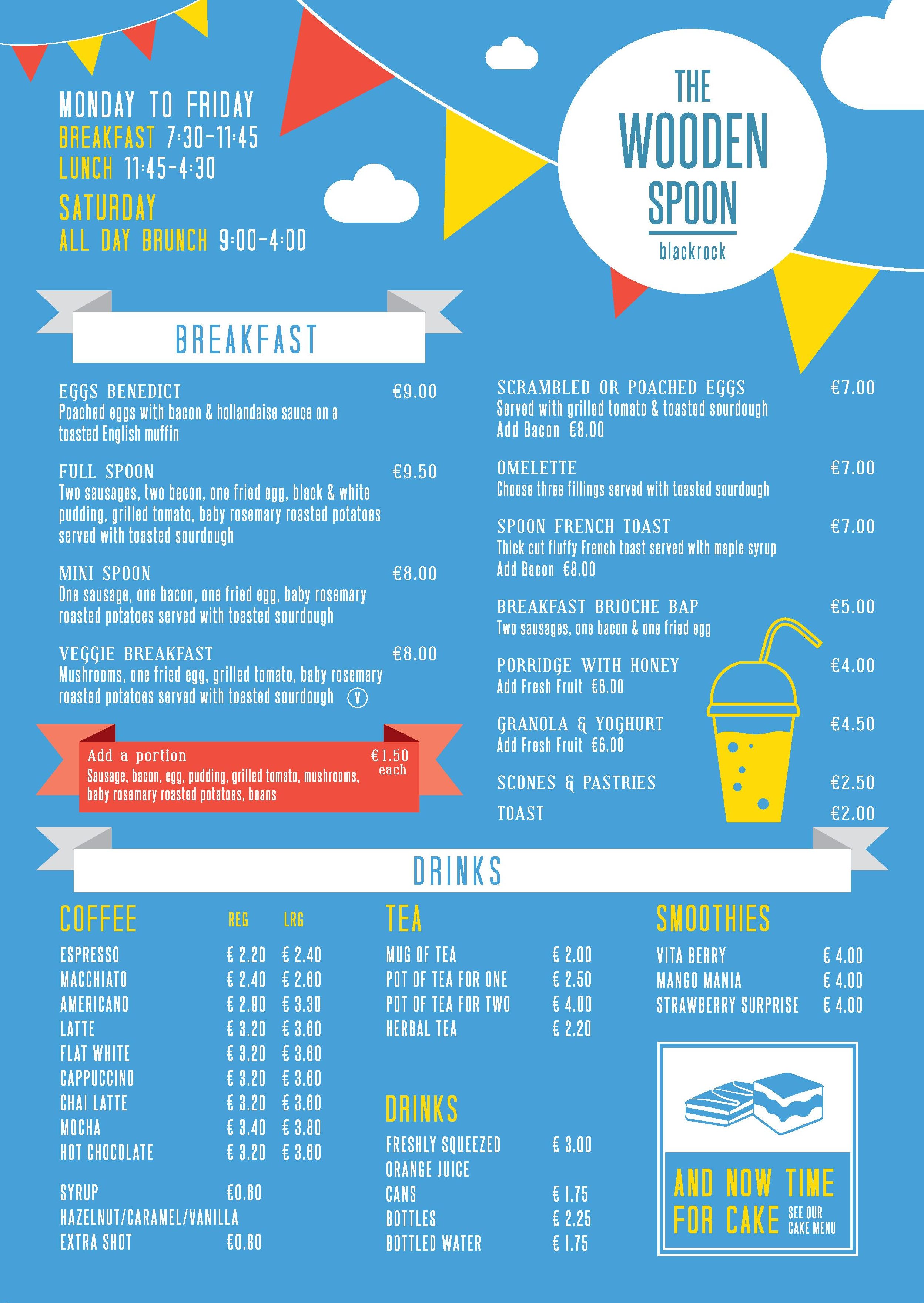 Christine ordered scrambled eggs and bacon with a latte and I opted for the Eggs Benedict and a large flat white. A jug of water with a sprig of mint was brought with the menus which was a nice touch. Coffees came pretty smartly but there was a bit of a wait for the food which gave us some time to watch bits of Blackrock wake up.

There is something comforting about sitting down early in the morning and watching people start their day. There were people rushing for the Dart, others heading to work in Blackrock, lots clutching take-away coffees and many plugged into music. There were delivery vans, bin lorries, bikes and cars. It was a lovely day too, and the Wooden Spoon is in an enviable location with a bit of a view over Dublin Bay. 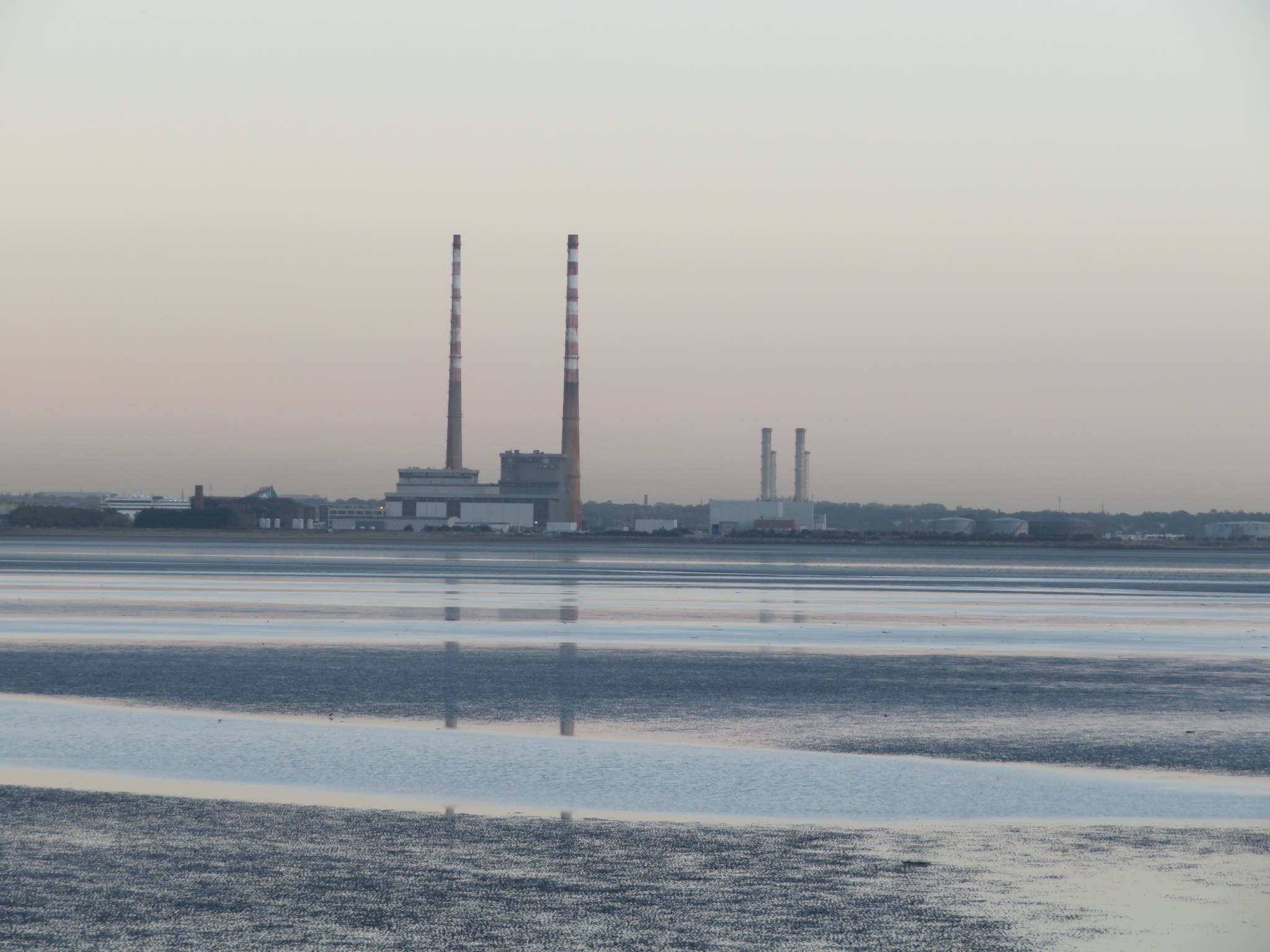 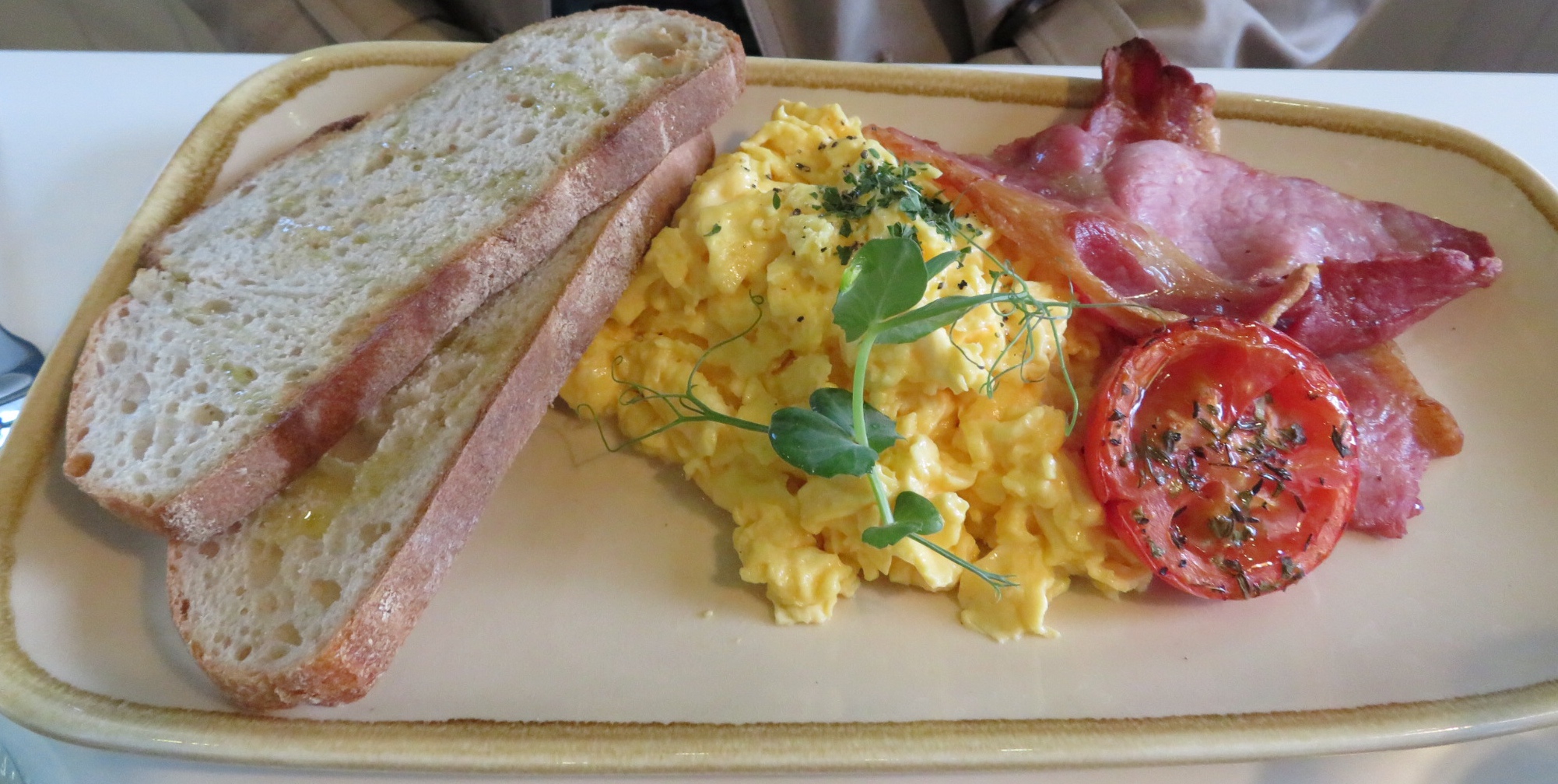 And my Eggs Benedict … 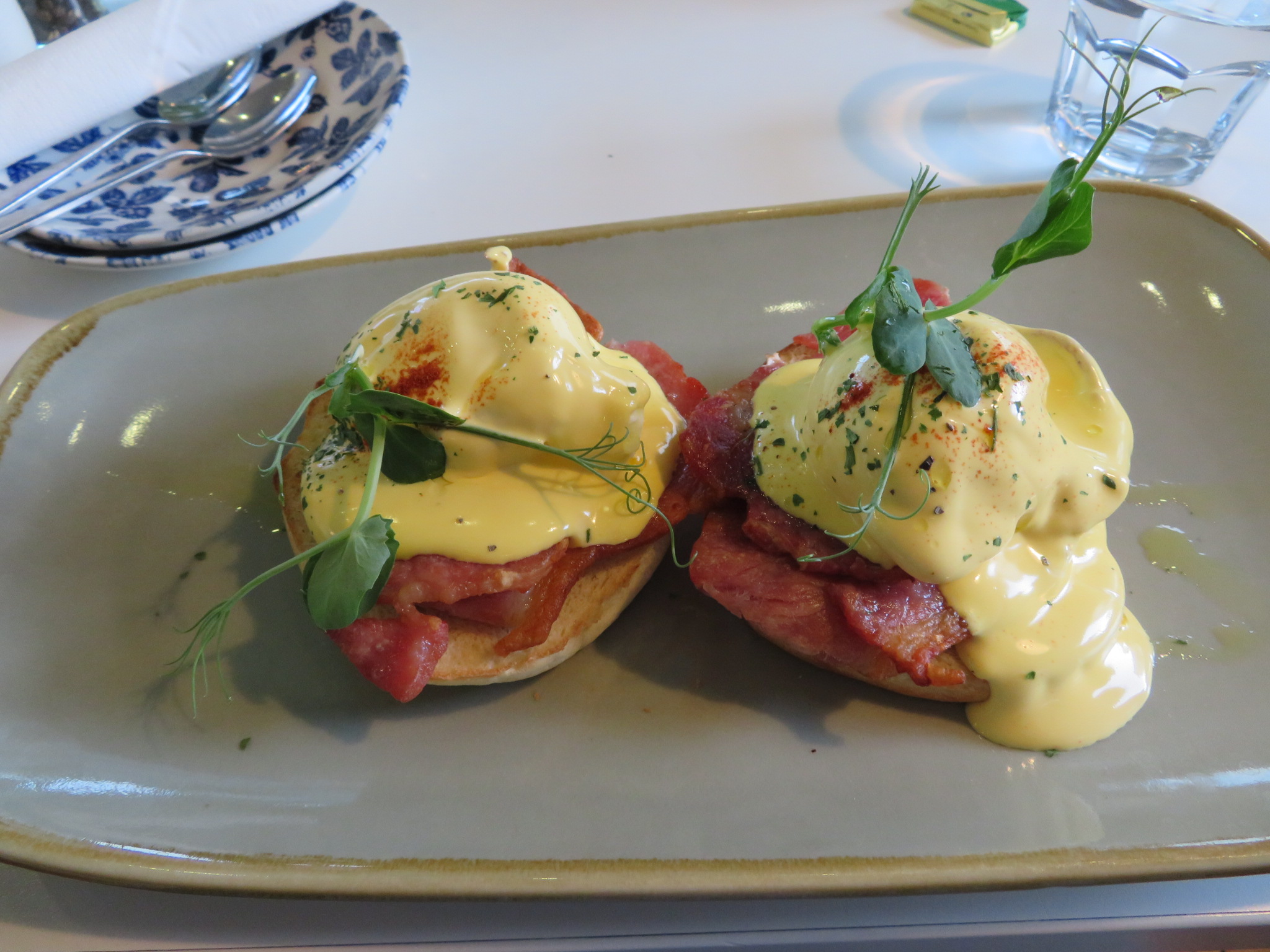 We both felt that the bacon was a little tougher than it should have been – maybe pre-cooked for a bit too long, but that was our only qualm. The eggs in both our dishes were cooked just right. 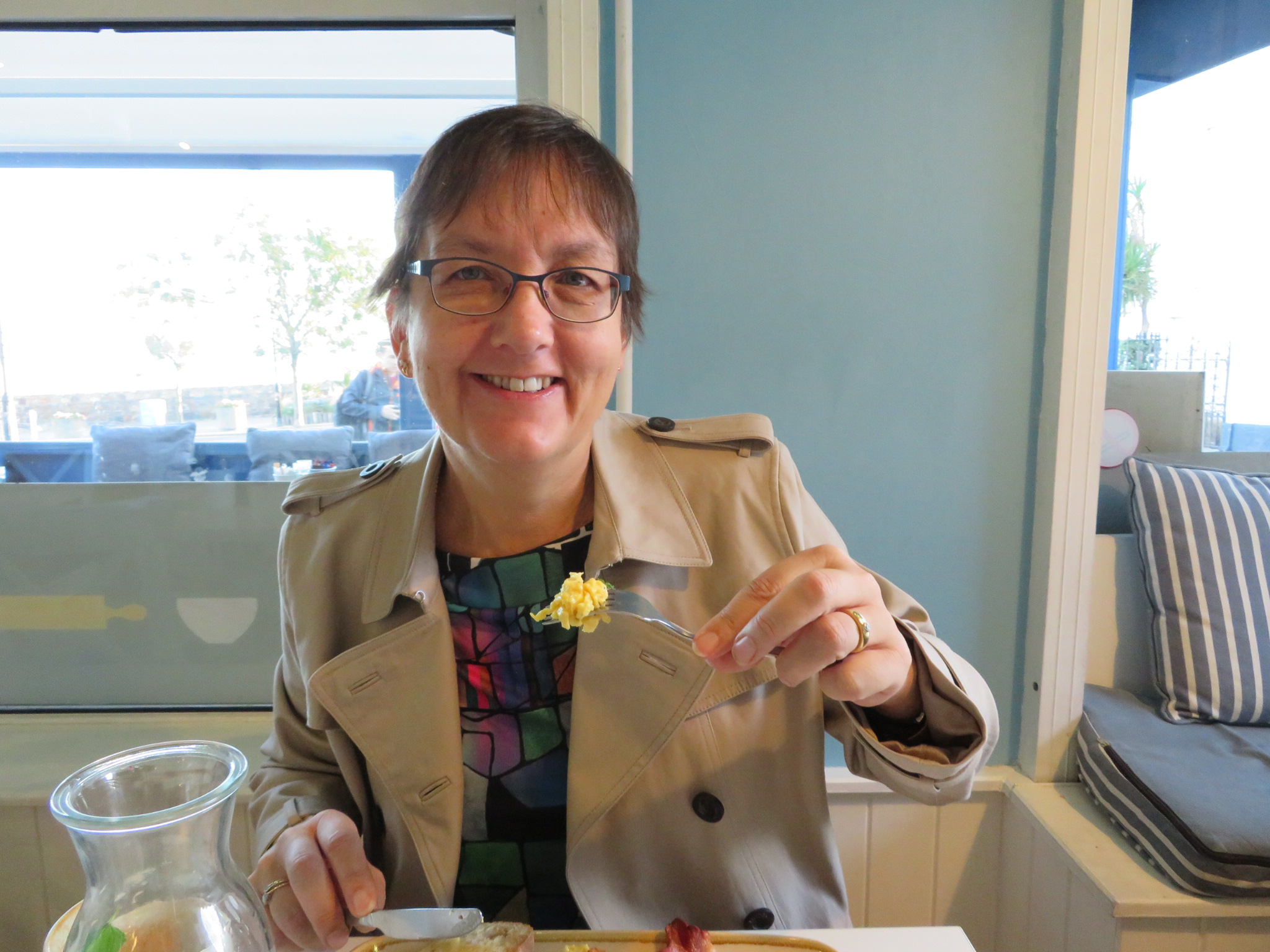 My Hollandaise Sauce was smooth and my eggs oozed appropriately when opened up. 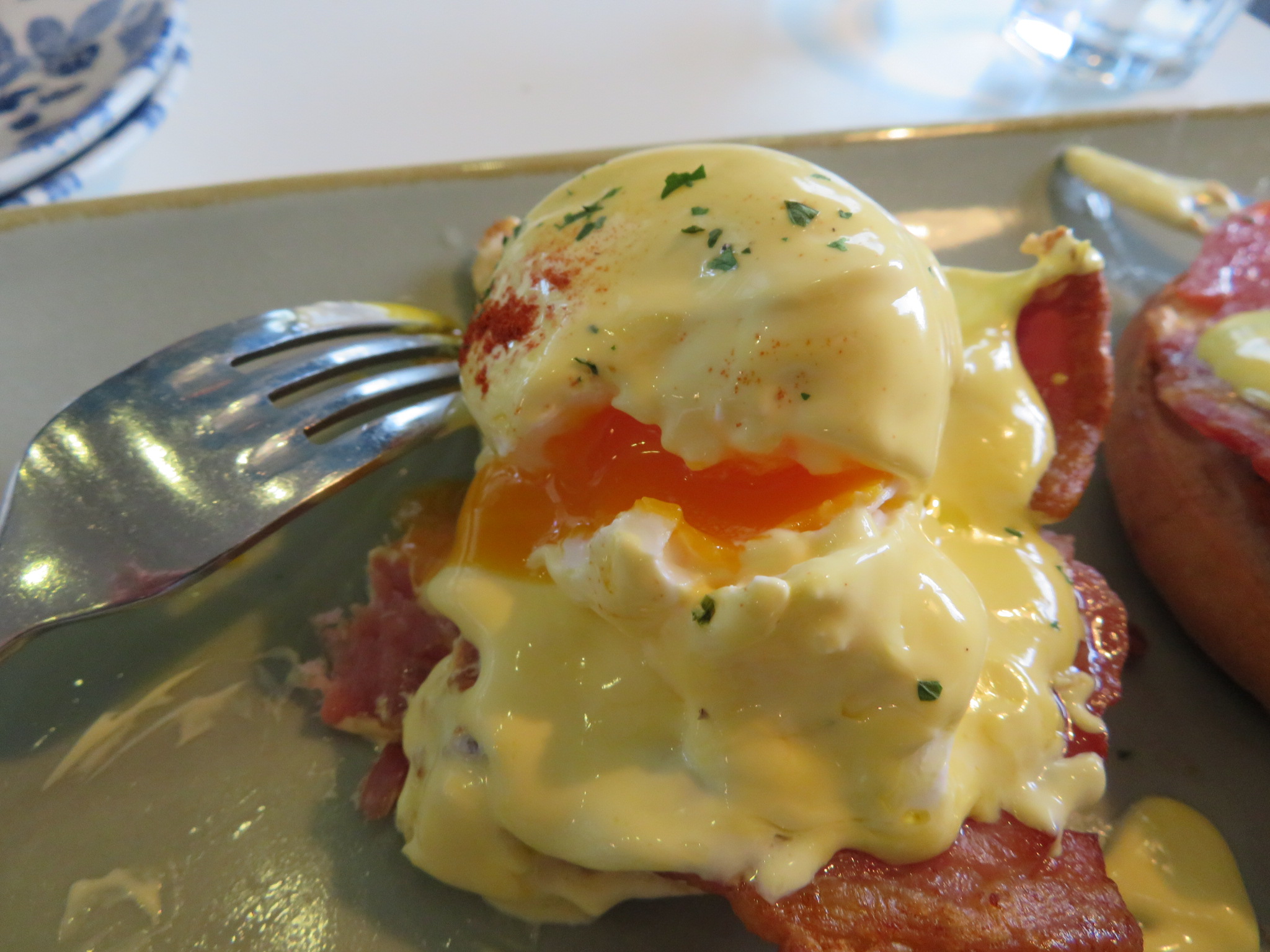 It wasn’t busy and we were under no pressure to leave but both of us needed to get to work eventually. And so we left, satisfied, set up for the day and our mood brightened.

I’d go again. Try it if you’re in Blackrock. 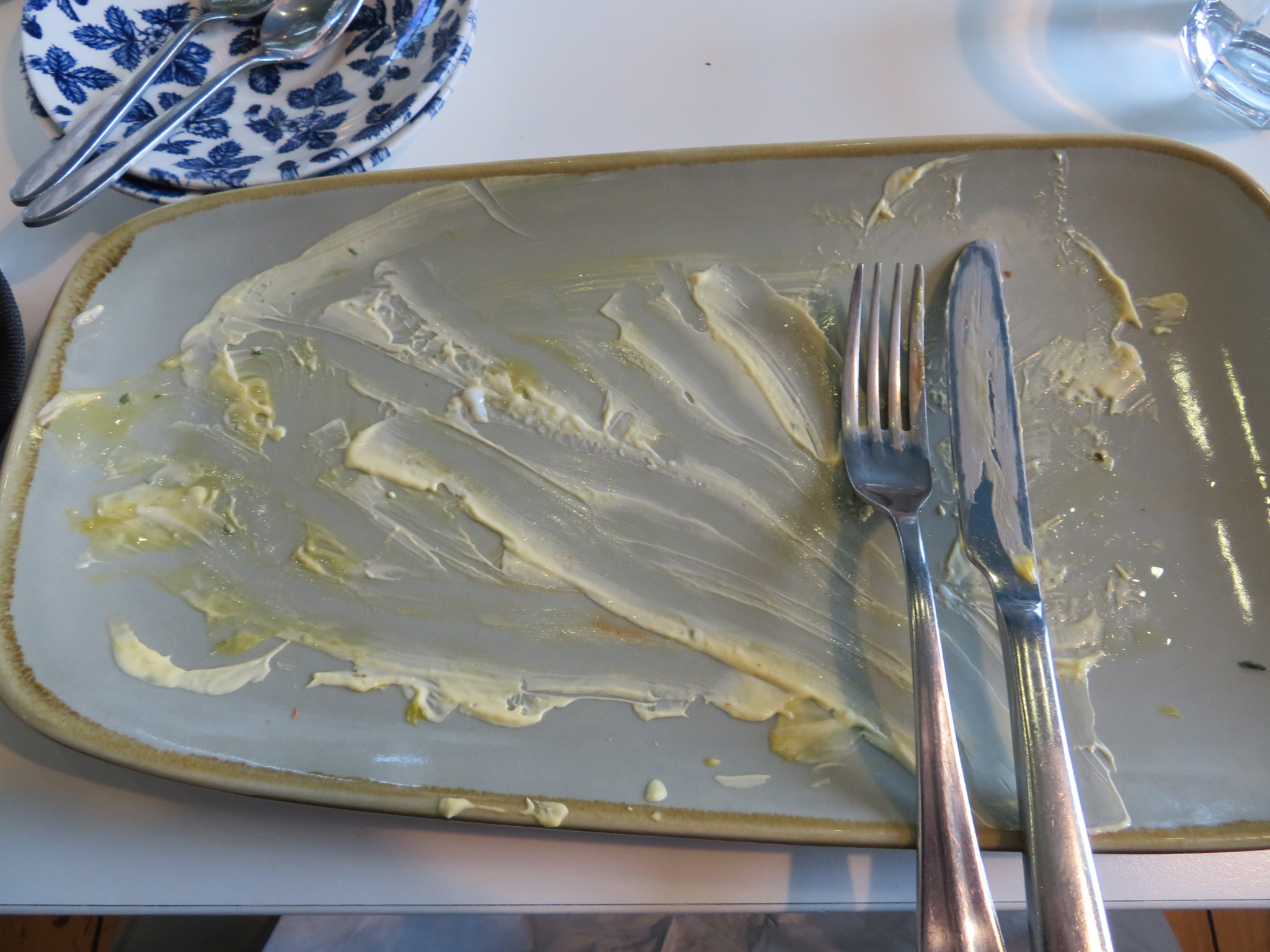