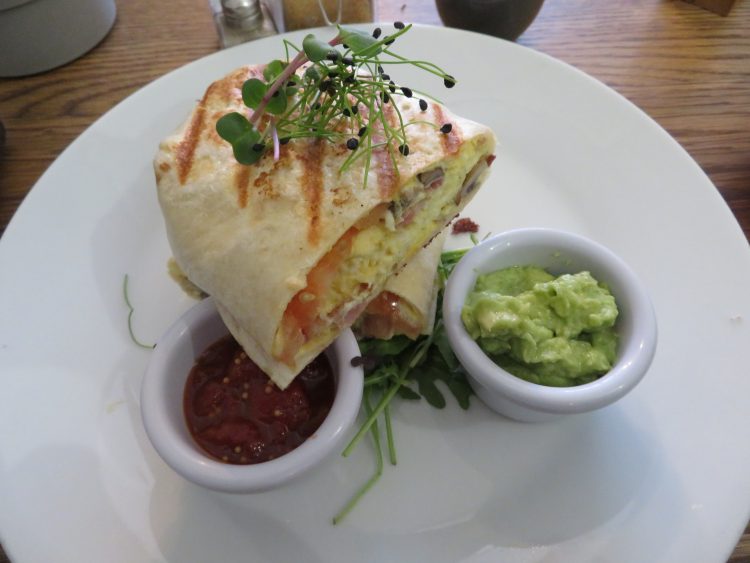 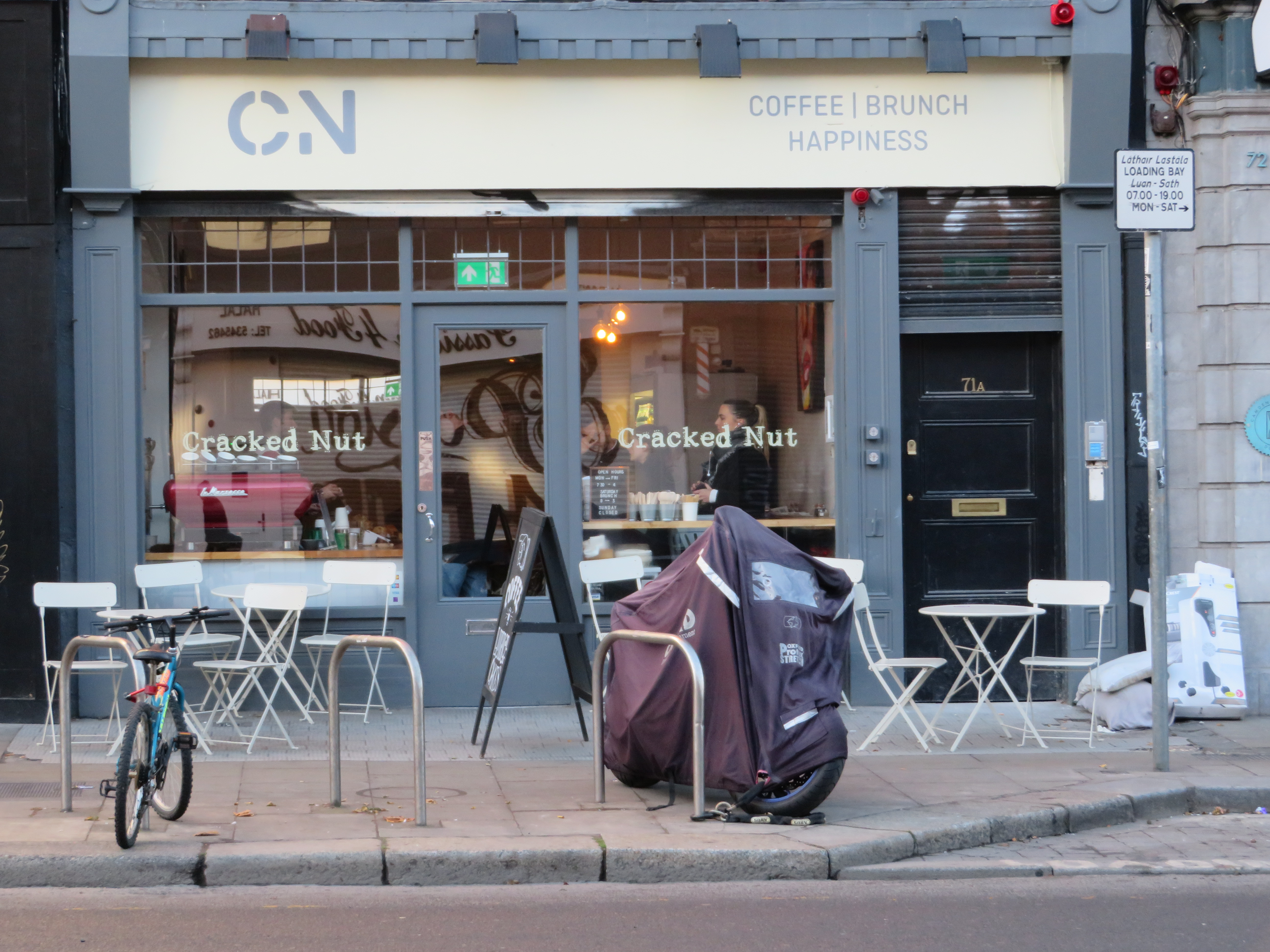 The Cracked Nut is a warm, inviting, comfortable sort of place in which to eat your breakfast. It’s kind of light grey in colour throughout so it shouldn’t feel so comfortable but, you know yourself, some places just feel good to be in and the Cracked Nut is one of those.

It’s on Camden Street between Pleasants Street and Grantham Street. It’s a part of that street that brings back happy memories for me. Just close to the junction with Pleasants Street in the days before the internet simplified holiday bookings, there was a place called Travelworld run by a guy called Darragh. You could go  in to Darragh and specify the type of holiday you wanted. You know: warm, quiet, decent food, maybe close to the sea, not too extravagant, and (almost) invariably he’d come up with exactly what you were looking for, available on the right dates. Travelworld still exists, but not on Camden Street anymore.

The Cracked Nut opens at 7.30 most mornings. Its breakfast menu is varied, as you can see, but it’s definitely not a ‘full Irish’ type of place. 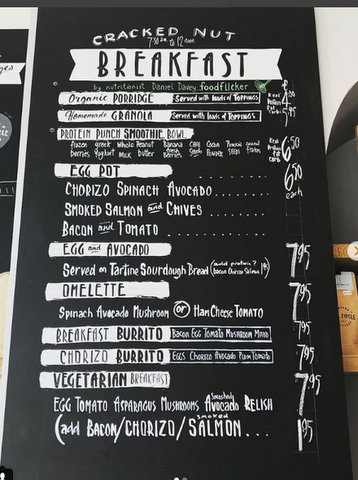 I’d be tempted by most of the offerings but, on my reconnaissance a little while ago, I decided that I’d try the breakfast burrito. My last encounter with a breakfast burrito had been most pleasurable. It was out of a van near the Four Courts, a place now sadly closed, and I effused about it here. It was very much a Mexican creation and I guessed that the Cracked Nut version would be different.

I ordered my burrito and a flat white, was given a number on a stick and chose my table. The staff were friendly and relaxed but knew what they were doing . 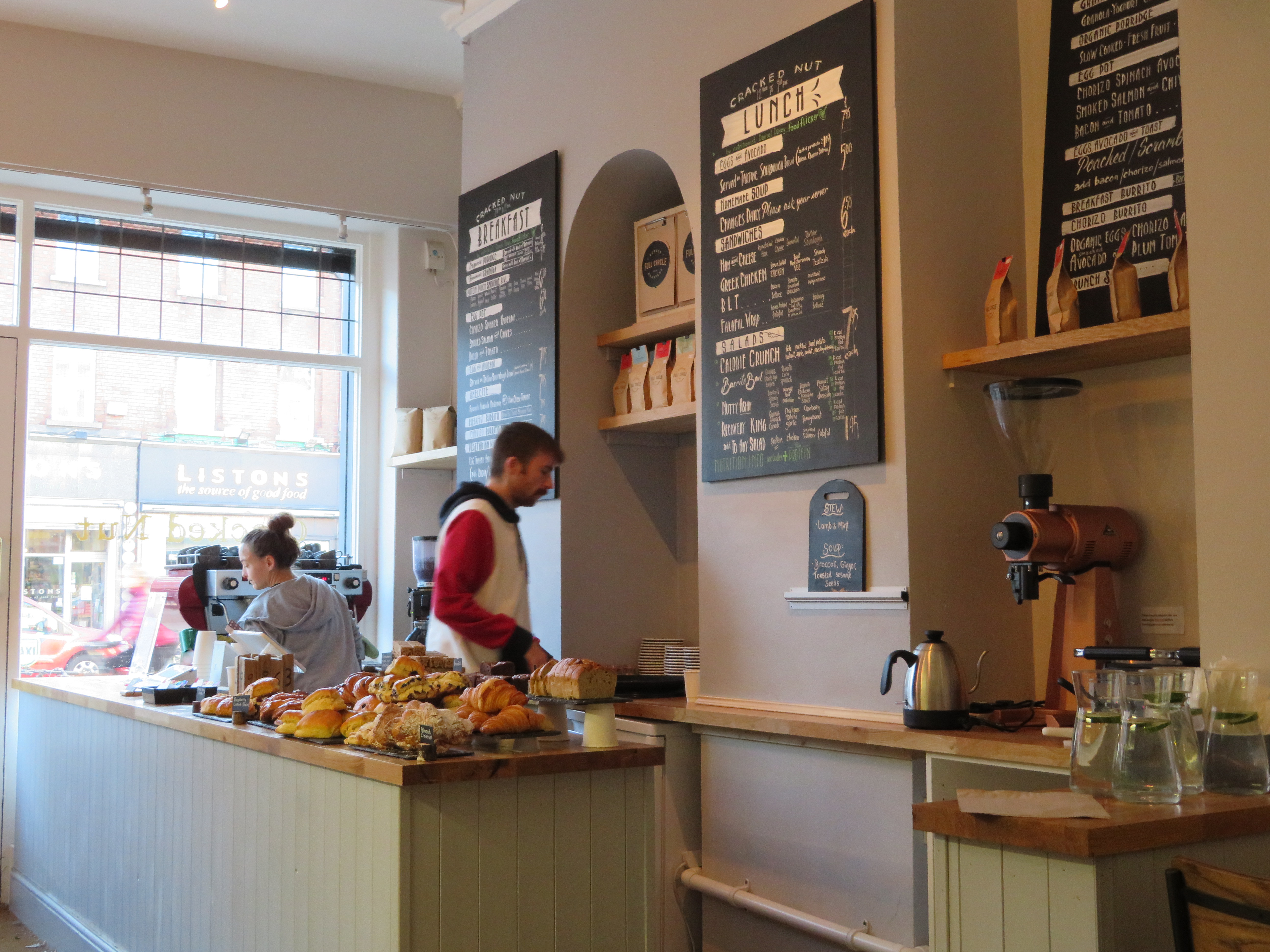 The Cracked Nut holds about 28-30 people mostly around tables in the rear part of the premises, with some extra seating at a bar near the window. I got there at about 8.15 and the place was pretty empty but when I left about half an hour later, it was just about full, with an additional steady stream of people throughout that period ordering coffee and various breakfast items to take away. 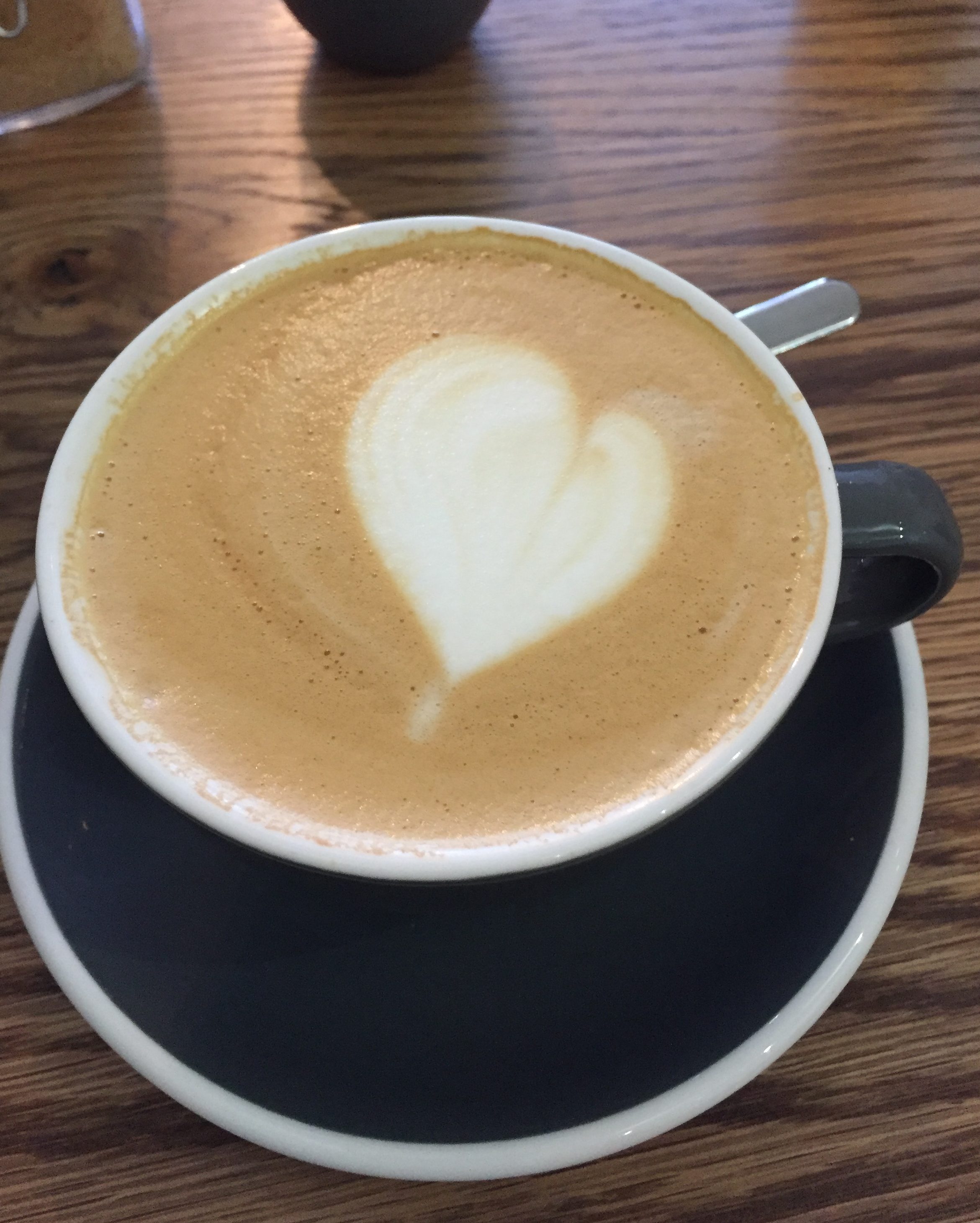 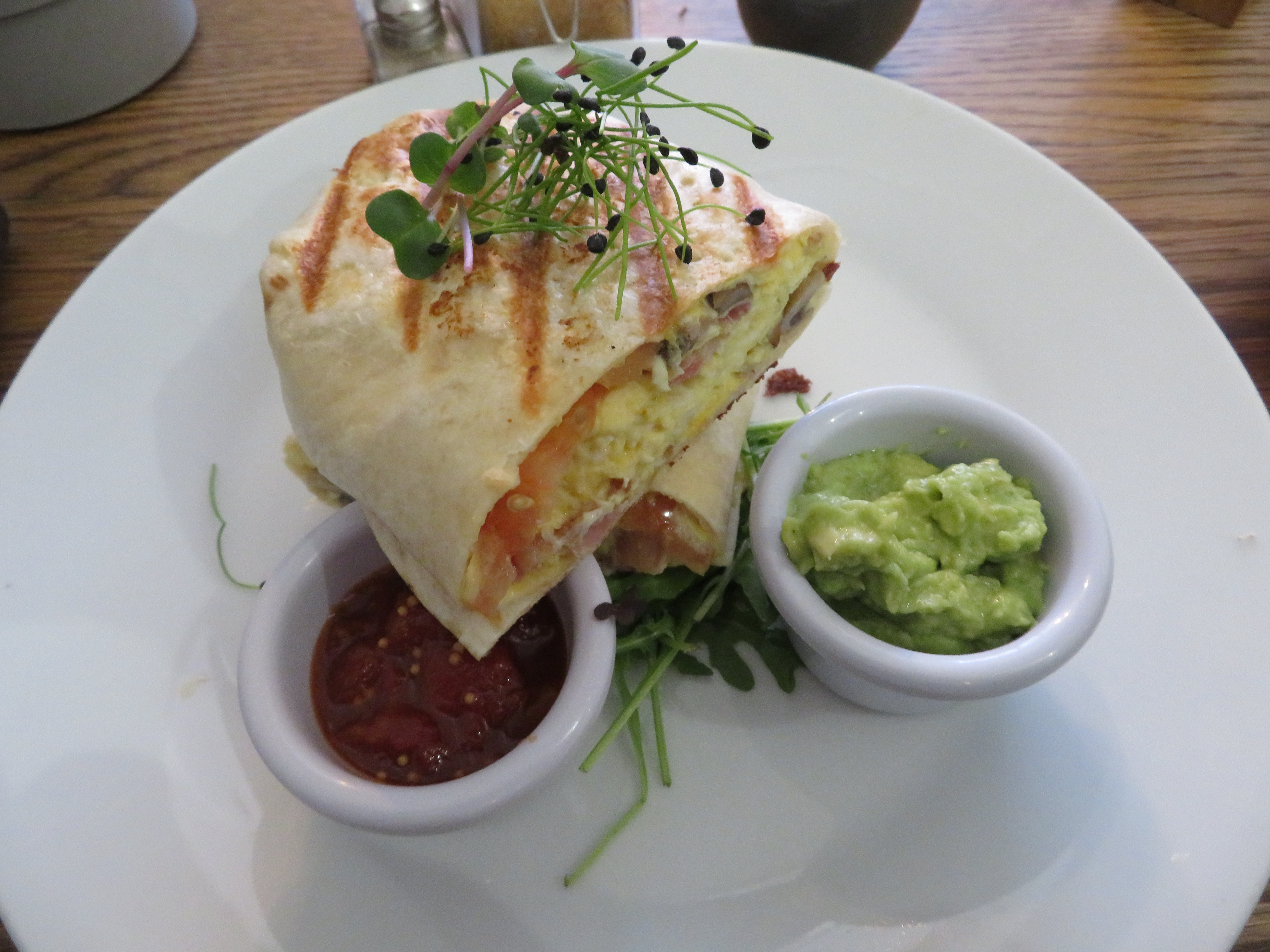 Nicely presented, as you can see, with a mustard shoot and rocket garnish and two small ramekins, one with guacamole and the other containing a sweetish tomato salsa. The burrito itself comprised a flour wrap containing scrambled egg, mushroom, bacon, tomato and I thought a little hint of onion. I had hoped for just a little chilli heat, either from the burrito itself or from the salsa but there was none. That’s not to take away from the burrito, though, which was well-made, cut in half for manageability, solid (in that it wasn’t soggy and it didn’t fall apart), tasty and filling. (And if I had wanted to make certain of spiciness, I could have ordered the Chorizo Burrito.) For €10.95, this was pretty good value: a decent filling breakfast in warm, comfortable surroundings. Sound. I’d go there again.

I am surprised at the number of people who eat breakfast out, many of them perhaps every day. Let’s say you get a coffee and a pastry or a bowl of porridge. That’s the guts of (say) €6. €6 a day, five days a week, (say) 48 weeks a year comes to €1440 a year. Darragh could get me a nice holiday for that without a doubt.

Oh, yes. This is on Pleasants Street. I like it. 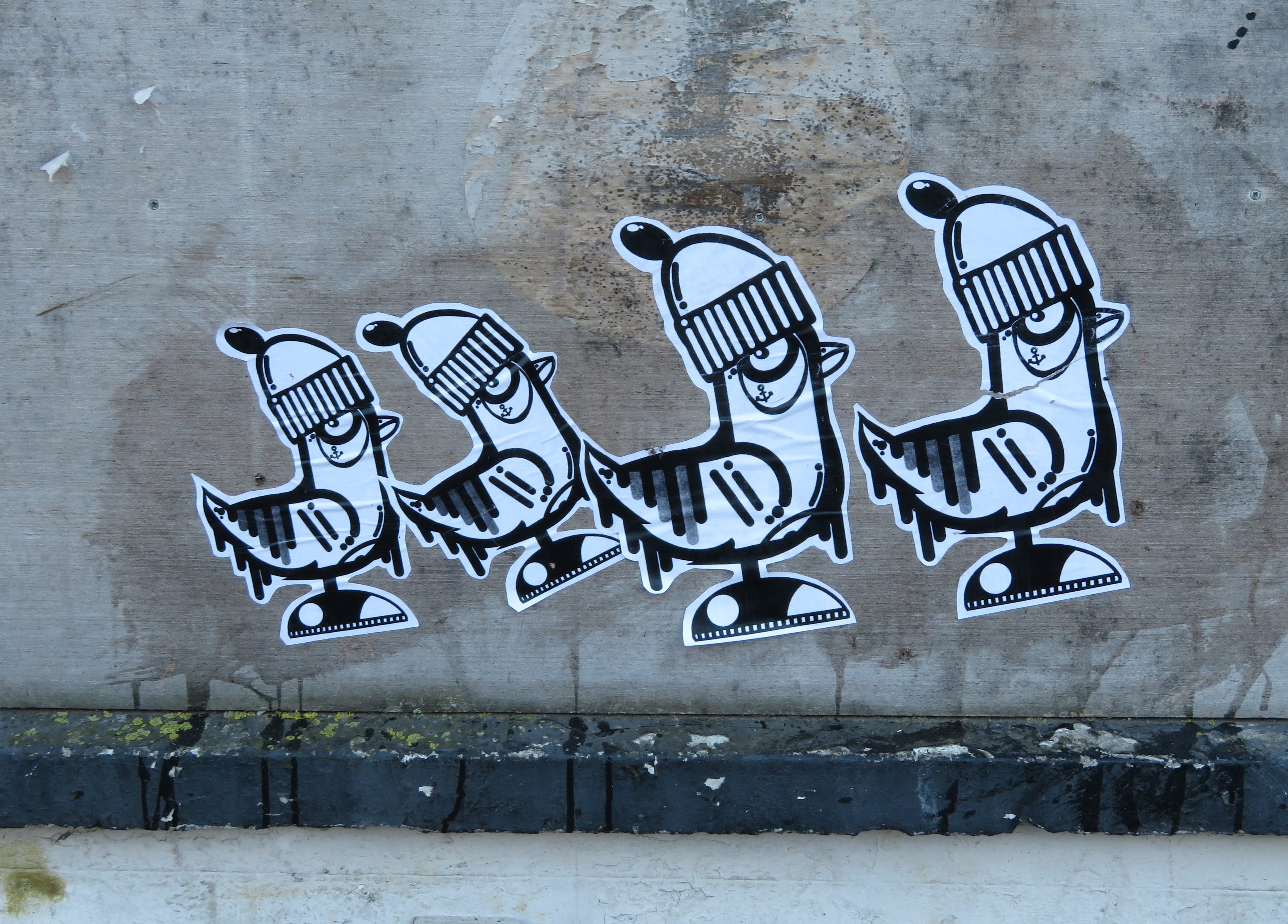