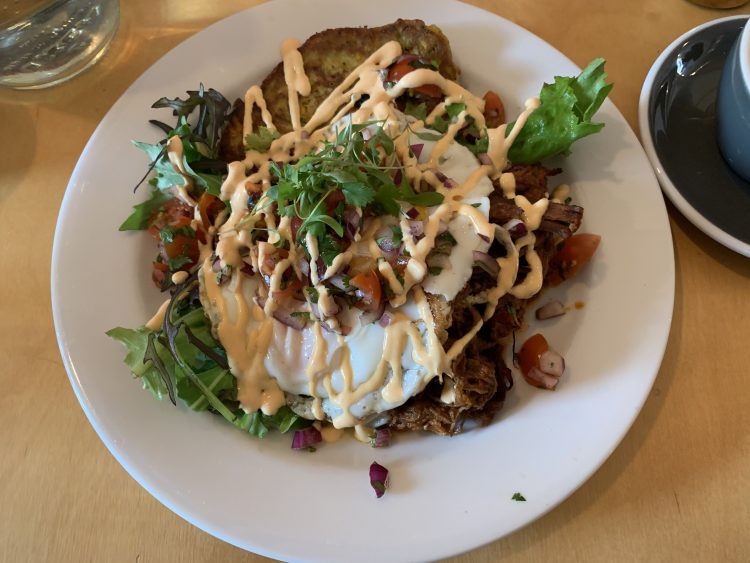 As middle of the night whims go, this was one of my better ones. I woke at 3.30am, mind flooding with all sorts of interesting thoughts. As I tossed and turned and tried to make sense of things, two items floated to the forefront of my mind: firstly, a work-related meeting arranged for Wednesday, the suggested venue being Urbun cafe in Cabinteely, and secondly, my step-mum, Jane, who I had been thinking about yesterday. So, at 4.20am, having checked that Urbun opens on Sundays (it does) and the time it opens (10am), I merged the two thoughts and sent Jane a WhatApp message inviting her to accompany me for brunch. She accepted.

Jane has been my step-mum since 1974 when my Dad remarried. With that marriage, I gained a step-brother and a step-sister, Tim and Judy, two of the nicest people one could hope to be related to. Blended families were rare in Ireland in the 1970s, as was divorce, so there was often a lot of explaining to do. By the way, forget the stereotype of the wicked step-mother. Jane was always and still is a valued and valuable support to me. Now in her eighties, Jane is independent, sharp, curious, kind, wise, and great company so I knew this breakfast would be full of chat of the most entertaining kind.

Urbun is, as the cliche goes, deceptively spacious.

Decorated differently, it could look like a cold barn, but it’s bright, woody in a slightly rustic way and its design uses angles, corners and dividers to create a sense of privacy if you want it. There are big tables too however so, if you’ve a crowd, you’ll be well catered for …

… and, in fact, there were several multi-generational groups tucking into their eggs by the time we were leaving.

We were there early and so had the pick of the seats. We chose a reasonably private corner table. A helpful server explained that brunch today was an all-day affair and also pointed out a blackboard full of specials.

We perused the extensive menu …

… and made our choices: poached eggs, toast and a cappuccino for Jane, Mexican beef and eggs and a flat white for me. We chatted and, to be honest, it seemed that our coffees and food arrived almost immediately.

I really appreciate good presentation when I’m eating out. That may seem prissy but I’m an OK cook myself and I know that anyone can shovel food onto a plate and, even if it’s wonderfully cooked, the manner in which it is presented can affect how you perceive the meal. Urbun understands this. Thought had gone into how to make the food look appetising and special and that’s definitely worth a few extra marks.

Service was good too. The servers were pleasant, friendly (but not obsequious) and helpful, appearing every so (but not too) often to see whether we wanted more coffee and if everything was OK. It was.

Jane was impressed by the roundness of her poached eggs, and I watched carefully as she cut one open to see whether it oozed pleasingly onto her toast. It did.

My plate was filled with tasty things. The Mexican beef was, I suppose you might call it, pulled, and it was spicy (but in a morning way) and tender.

The eggs were nicely cooked. The sweetcorn fritter was a bit sweeter than I had expected, but fulfilled the carb-y element of my breakfast well.

My garnish was spread around the plate. I liked that because it meant that I could pick up something fresh tasting with every forkful without effort. I know! The coriander leaves were a nice tangy addition.

This was a decent brunch. Well cooked food, generous portions, attractively presented, served with aplomb. Given the service, the food, the surroundings and the entertainment provided by one of the cutest babies you could hope to see on a Sunday morning, the bill came to a reasonable €26.30. And, let me say, the company was excellent.